Today, we are going to talk about world famous platforms such Node.js and PHP. We’ll try to find out which one is better by comparing their characteristics and outstanding features. However, before we get down to it, there are still some things we would like to shed light upon.

As the matter of fact, PHP was first presented in 1995 therefore we can consider it being a mature platform for server-side development, meanwhile Node.js is relatively young, since its appearing is traced back to 2009, but we assure you that it is none the worse. Apart from it, we need to take into consideration the fact that Node.js is a Javascript based platform, which uses the V8 JavaScript engine, on the other hand PHP is a programming language. Both of them are highly utilized by numerous web-application developers, we therefore suggest figuring out which one is deserved to be called a winner in this “battle”.

To start with, we would like to draw your attention to the compilation strategies used by today’s candidates. Consequently, PHP as we all know utilizes the strategy of interpreted compilation, which in fact is not that good, since it paves the way to a worse code execution optimization, comparing to its opponent’s approach.

As regards Node.js, it prefers using Just-in-Time compilation, which attracts lots of developers, even though off and on the strategy slightly increases startup time.

Is there any way to increase PHP performance? In fact, yes. Having applied OPcaching, the principal concept of which is to store bytecode of precompiled scripts, you will be able to eliminate the necessity to perform script loading and parse process on every request. Even though, we cannot say it is as performant as JIT, however if you are a PHP developer, it might be a good tip for you on how to optimize the compilation process.

Besides, we would like to introduce you another PHP runtime alternative, called HHVM, which will definitely come in handy since it can considerably increase your performance. To your information, HHVM is a VM created to run apps written in PHP, which applies JIT compilation strategy as well as Node.js does. The project was released in 2014 by Facebook. That’s, if you want to make a big deal out of it, we suggest you using functions for code parts that require much time to proceed. But we have good news, there have been discussions on providing PHP with Just-in-Time compilation in further releases.

When it comes to multi-tasking PHP and Node.js get into separate ways, as both of them utilize different strategies. PHP features blocking process that allows performing several processes concurrently, meanwhile Node.js serves only non-blocking event loop, which is right the opposite to what PHP does. Despite the fact while using PHP such problem as “timing out” might pop up, but you shouldn’t get preoccupied, because there are web servers like Apache or Nginx which are able to help you.

That’s why, realizing the concurrency issue, some projects have been launched to tackle this particular problem: HHVM (we have already mentioned this one before) and pthreads.

Where does PHP stand out?

For we have started talking about advantages of PHP, the first thing we’d love to talk about is its simplicity. Let’s imagine you need to mix your code with content, in case of using the programming language, you need nothing but utilize PHP tags, forgetting about diverse architectures, templates or any other extra files. Secondly, since PHP was introduced in 1995 and has been in use for more than 20 years, it doesn’t take a lot of efforts to imagine how much it is spread around the internet and how many websites/plugins are based on it. Besides, PHP provides lots of tutorials and manuals which disclose some problematic situation resolution, created by developers who have already dealt with a particular issue. Therefore, you can absorb the experience of others, download and subsequently modify different PHP code files, thus making your life easier. Besides, PHP perfectly cooperates with HTML, they actually complete one another, avoiding diverse glitches that may show up while using JavaScript on the browser. 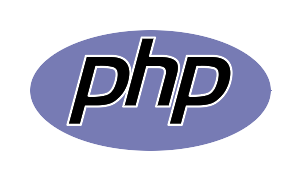 As a well known fact, PHP co-exists with SQL databases, the power of which we are all aware, basically such co-existence strengthens the position of PHP to dramatical extent. In addition to the things said above, we found it crucial to mention that PHP certainly attracts developers with its rapidity and simplicity, allowing developers to forget about such notions as: preprocessors, compilers, JAR files etc, making this quick and simple. All you need is your editor.

As for now, let’s figure out what Node.js can propose us.

What can Node.js say about the aforementioned PHP features?

To begin with, Node developers believe that it is more efficient to separate model, view and controller from one another, creating different accurate structures, since thus we’ll be able to evade code complexity which later on may lead to a huge tangle. Even though, at the beginning it might look like excessive work, however, as a result, you will only benefit form it. To fight back PHP’s “puberty”, we can state that these thousands of PHP code files which have been stored on the Internet for years, do not correspond to modern web-application trends and tendencies. Consequently, it won’t make a huge impact on optimization of your work. 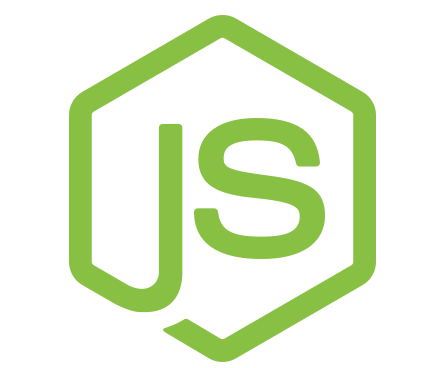 Even though idiosyncrasies is tough, but it plays the role of an irreplaceable assistant to make up contemporary syntax and other utile features, a great example of which is closures. When we were talking about PHP advantages, we’ve mentioned that SQL databases make the programming more attractive, however, Node.js in its turn proposes JSON, which in fact interacts with the most recent NoSQL databases. When it comes to tools, Node.js easily stands out with its NPM availability, which simplifies your work and saves your time.

So, having talked about both representatives, we would like you to choose who is the winner of this battle. Obviously, everything boils down to what we have accustomed to, but still we should take into account contemporary tendencies. Share with us what you think about this peculiar topic.

But if you have any question, do not hesitate to pose it, since we are here to assist you.