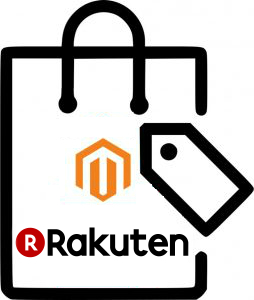 You might have already thought about selling something on Rakuten – the most significant e-commerce website in Japan. If not, read this post since it may inspire you to scale your business. Below, we shed light on one of the most popular Asian marketplaces and describe the most straightforward way of the Magento 2 Rakuten integration.

If you are not familiar with the marketplace, here is a brief description. Originated as an e-commerce company in Tokyo in 1997 it has become one of the world’s largest online marketplaces by sales. Of course, every Magento merchant dreams of adding this valuable sales channel to his/her business.

In addition to the marketplace, the company also consists of an Internet bank and a credit card company, but neither of them is interesting in the context of this article. Rauten has become a synonym to Amazon in Japan long ago. The company offers its services in 29 countries to 1 billion members. Such a vast potential audience, isn’t it?

But initially, Rakuten was aimed at the local market only. Everything changed in 2005 when the company has started the early attempts to expand outside Japan. The first joint ventures and acquisitions have been bought. For instance, to extend the influence to the US market, Rauten purchased Buy.com, so now we can see Rakuten.com in the US. To become a market player in the UK, the company purchased Play.com, in Spain – Wuaki, in France – PriceMinister. The list is very long, and you’d better check the appropriate article on Wikipedia.

Another interesting fact is that in 2016, the company’s revenues was $7.2 billion. If you are interested in a more precise identifier – operating profits – it almost reached the milestone of $350 million. And it is also necessary to emphasize the volume of the company by the number of its employees. Last year, Rakuten reported that the number of people who worked in the company in June was 14,826. And it is an international team of specialists of all kind. But what about Magento 2 Rakuten integration?

You may try to find some individual extensions designed to achieve this goal. But there are several problems with these modules. First of all, they may work in one direction only. What does that mean?

For instance, you install the module and enable it in your Magento 2 backend. Next, the module starts moving data from your online storefront to the marketplace. But no data is imported back. How to solve the issue?

You need to do everything manually. And of course, it’s a time-consuming and annoying routine that no one likes. What is the second problem?

The lack of multipurposeness. You purchase an extension that is often expensive, but it is designed for one purpose only – to connect Magento 2 to Rakuten. In case the new channel doesn’t suit your e-commerce business, you just waste money.

Luckily, you can avoid both troubles with our Improved Import Export Magento 2 extensions. The module is designed to move data to/from your Magento 2 website and can be used to connect Magento 2 to any third-party service that supports the integration.

As you might have guessed from the title of the module. It offers two separate directions of work which are divided into two sections: Import Jobs and Export Jobs. For each new job, you can create a schedule to automate your daily routine. For instance, you want to move data from your Magento 2 website to Rakuten once a week and get it back on a daily basis. That is not a problem since the extension provides the ability to create two different jobs with an individual schedule for each one.

To support strict requirements of Rakuten, the Improved Import Export Magento 2 extension works with multiple file formats, including XML, CSV, TXT, Google Sheets, and Excel files. Furthermore, you can easily apply mapping to create an export file in a form that is entirely acceptable by the third party.

It is also possible to leverage mapping when you try to get the data back. Each platform has its own output that is not accepted by Magento 2. Luckily, the mapping functionality works for import as well. Furthermore, you can use presets that eliminate manual mapping – everything is already mapped by the Firebear team, so you only need to tap the appropriate button (if not, the feature will be available soon).

As for the multipurposeness, our module can be used for turning Magento 2 into a heart of an omnichannel business. Since it can be used to connect our favorite e-commerce platform to nearly everything (connect the support team for further details), you can turn your backend into a flight control center that still works as a primary online storefront. Check the following video for more information.

Now, when you now some core features of the Improved Import Export extension, you must admit that it offers a reliable and easy way of Magento 2 Rakuten integration and synchronization. It is also necessary to mention; the Magento 2 Rakuten connector is included in the module for free. Purchase the extension and get the integration as a gift. For further information, contact our support. You may also get the full description of the module’s features here: