is a contemporary JavaScript task runner which essentially simplifies repetitive tasks by automating compilation, minification, linting, unit testing, etc. It can do most of the aforementioned routine processes with zero effort, you only have to configure the task runner through a Gruntfile. And while the purpose of the tool looks quite intriguing, its versatility is even more promising, since you can easily utilize it within all possible platforms and projects. Below, we will explain how to use Grunt with Magento 2.

Although the ecosystem around Grunt is huge, it continues to grow every day. Hundreds of plugins are already available, so you can use the task runner to automate just about anything on your Magento website. Furthermore, if you cannot find what you need, it is extremely easy to publish your own Grunt plugin. Alternatively, you can hire someone to create missing functionality for you. By following the link below, you will discover all Grunt plugins:

In the following update, we provide official tips on how to use Grunt with Magento 2. The initial article is available below.

How to compile LESS in Magento 2 with Grunt

The following chapter is dedicated to several important processes. Firstly, it sheds light on how to install . Secondly, you will find out what Grunt’s configuration is the most suitable. Thirdly, the chapter describes how to compile .less files in Magento 2 using the JS task runner. But let’s take a look at the most important prerequisites before going any further.

Actually, there are only two major requirements. First of all, you have to your Magento 2 to the developer or default . Note that with the default mode, you set the Less compilation mode to Server-side Less compilation, which is required for our final goal.

Next, install and configure Grunt as follows:

There is also an optional step related to the Grunt’s opportunity for “watching” changes automatically with no page reloads in a browser. To implement this feature, you have to install the .

Now, when Grunt is installed and configured, let’s see how the process of adding themes to its configuration looks. You have three options while compiling .less files: Magento 2 lets you add your theme to:

Let’s describe the notation used above:

The optional step mentioned above is also the same: install the in your browser to avoid page reloads when using Grunt for “watching” changes automatically.

Below, you will find grunt commands designed to perform different customization tasks. Note that it is necessary to run all commands from the Magento installation directory.

Below, we shed light on how to use Grunt in Magento 2 to track changes. The following examples display which Grunt tasks can be used and when:

Now, let’s return to the optional step mentioned above. If you installed LiveReload installed, the official documentation recommends running the grunt watch command to simplify the flow:

Now, let’s take a look at how to use Grunt in Magento 2 for styles preprocessing. According to the official documentation, it is possible to enable the CSS source maps generation in your browser to enhance the process simplifying the theme styles debugging.

Magento compiles all theme’s .less files into two CSS files for each theme: styles-m.css and styles-l.css. As a result, your browser sees styles-m.css when you debug a theme. Therefore, it might be difficult to define which .css or .less file requires corrections. The official documentation provides the following example: 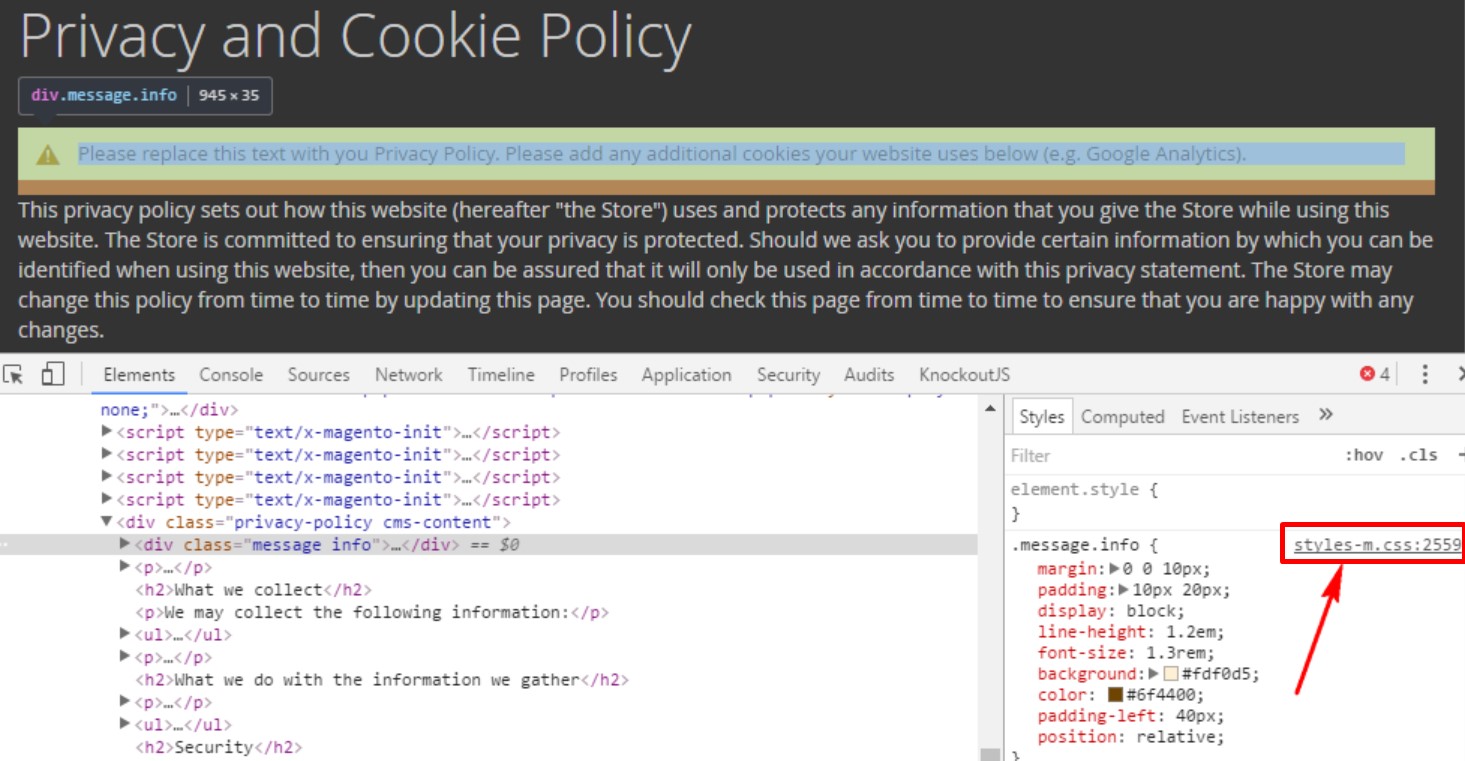 But you will eliminate the problem with CSS source maps, which will help you find the .less file, where the style is specified. The official documentation provides the following illustration: 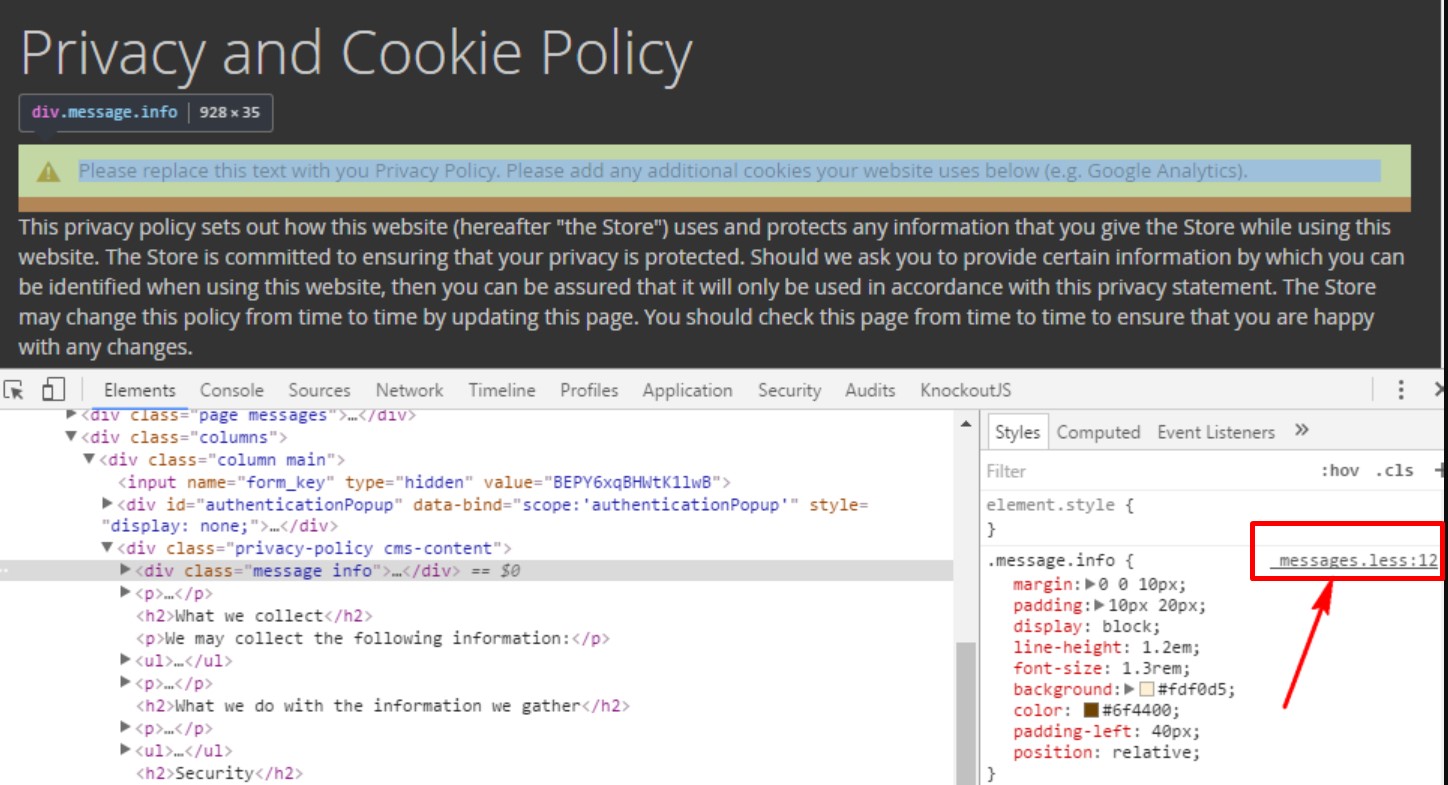 The best thing about CSS source maps is that they are generated automatically if you compile CSS for your theme using the grunt less: <theme> command. But it is also necessary to enable the display of source maps in your browser. In Chrome, you will find the corresponding option under Developer Tools: Settings -> Preferences -> Enable CSS source maps.

Also, note that Magento has a base set of variables that define a theme and its aspects. Such variables usually cover colors, fonts, style of page titles, etc. Go to the <magento-root>/lib/web/css/source/lib/variables directory to find LESS files that define values assigned to variables. You can change or override any of these variables creating a file in <theme-dir>/web/css/source/_theme.less. The official documentation offers the following example: 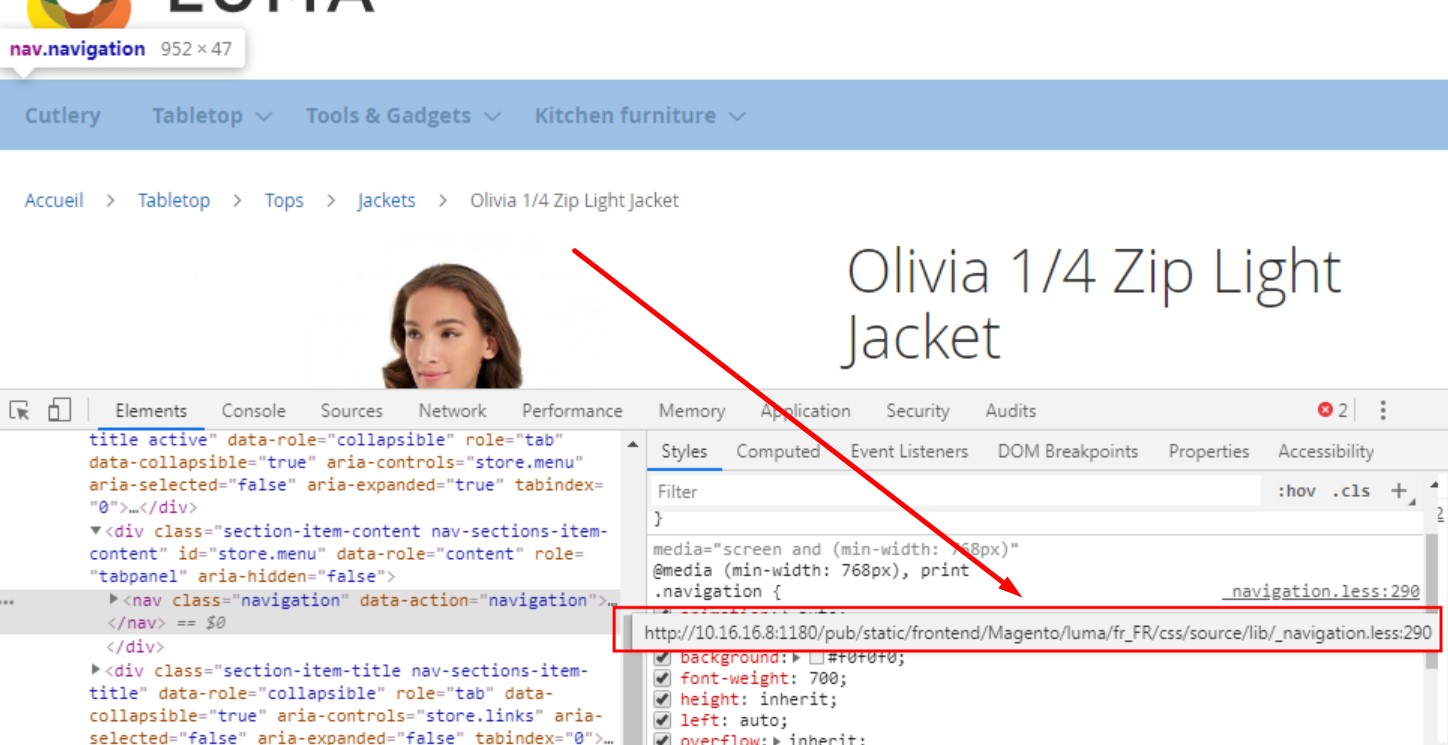 Below, we shed light on more detailed aspects of configuring Grunt for various Magento 2 tasks.

Due to the nature of Grunt, you can use it to automate any tasks you need. As mentioned above, Magento 2 comes with pre-configured Grunt tasks for compiling LESS files by default.

The only prerequisite at this stage is to set your Magento application to the developer or default mode.

Installing and configuring Grunt in Magento 2

Before using the built-in Grunt tasks, You still have to follow these steps:

There is also an optional step related to the Grunt’s opportunity for “watching” changes automatically with no page reloads in a browser. To implement this feature, you have to install the .

Now, you have to copy the contents of themes.js into local-themes.js in the dev/tools/grunt/configs/ directory.

If everything is ok with the installation (you’ve followed the steps above successfully), Grunt will use the default configuration files located in dev/tools/grunt/configs/.

Note that it is possible to define your theme in the local-themes.js file at this stage as follows:

In the following section, we describe what to do with custom Grunt configuration files.

How to declare a custom config file

There are two options that let you declare a custom config file in a different manner.

To declare a custom config file for Grunt, follow these steps:

Note that for custom configuration files – local-themes.js – located in the <magento_root>/dev/tools/grunt/configs directory, the grunt-config.json file already includes the following:

It is also necessary to mention that this path is added to your .gitignore automatically.

As for the second option, it consists of the following steps:

How to use a custom configuration file

Now, you have to teach Grunt to use a custom configuration file, instead of the default one. To achieve this goal, you have to add the following elements to your script:

In Magento 2, Grunt helps to streamline styles customizations while in a server-side compilation mode. Hence, you should understand how to install, configure, and use the task runner for styles debugging. The following section of our Grunt/Magento 2 tutorial describes these processes.

How to install and configure Grunt in Magento 2

Although Magento 2 introduces built-in Grunt tasks, there are still several steps you have to perform before using it:

This step is optional, but it can be very useful. By installing the for your browser, you will be able to “watch” changes automatically without any need to reload pages.

Don’t forget to check the video below, since it describes how to install Grunt in Magento 2.

Use the Grunt commands described below to perform different customization tasks in your Magento 2 project. All commands should be run from the installation directory of Magento 2.

If you don’t know which Grunt tasks to use for debugging Magento 2 styles, examine the following use cases:

With LiveReload installed all these actions look even simpler.

In addition to the aforementioned actions, it is also necessary to mention some core CSS tips for Magento 2.

How to clean CSS cache in Magento 2

To clean CSS cache or refresh less files, use the following command:

Alternatively, you can use dev mode during development:

How to add the new theme name to run Grunt in Magento 2?

Go to \dev\tools\grunt\configs, open your themes.js file, and change it according to the following example:

Now, it is necessary to open your less.js and change it as follows

After all these manipulations, you can run a Grunt less:luma2 task which will generate the pub static files for the theme.

First of all, you should install Grunt in your Magento 2 project. Then, it is necessary to:

Patches for Master branch users are listed in the full article about Magento 2 Grunt. For further information, follow the link below.

If you are going to master Grunt in Magento 2, Check this presentation, as it fully describes how to use the popular tool if you work with our favorite ecommerce platform.

Gulp Instead of Grunt

Some specialists recommend using Gulp instead of Grunt since it offers much faster building process. Therefore, Gulp should replace Grunt as a method for building static assets. Besides, it is better to use the tool for decoupling PHP calls from the Node.js build process: PHP calls from Node should be moved to ./bin/magento so node/js, while code is kept in Node.js only and PHP scripts are called from PHP. As a result, you can essentially streamline the deployment process. 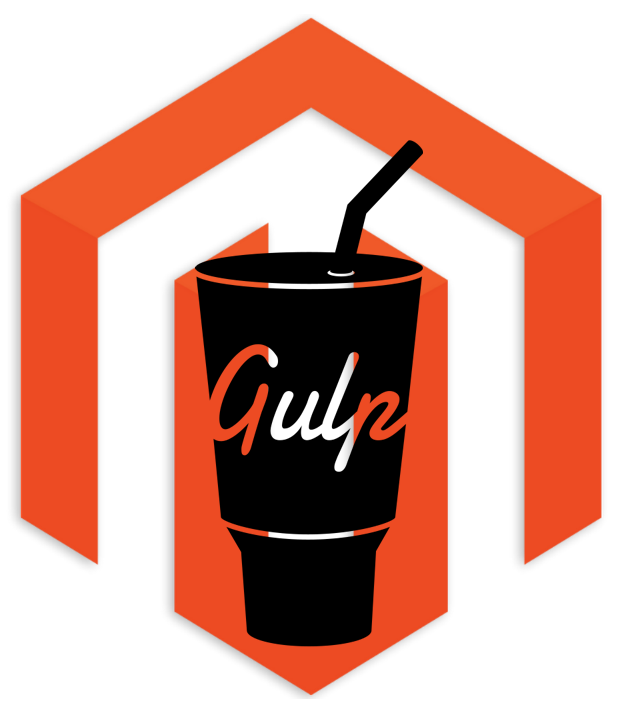 It is also necessary to mention that Gulp focuses on code, while Grunt is all about configuration and it was developed around a set of commonly used tasks, while Gulp is based on the idea of connecting community-developed micro-tasks to each other. You can find the whole discussion about Grunt and Gulp in Magento on GitHub here: .

And don’t forget to check a set of front-end tools for Magento 2 based on Gulp.js: .

That was our Magento 2 Grunt guide. Feel free to ask any questions via comments.