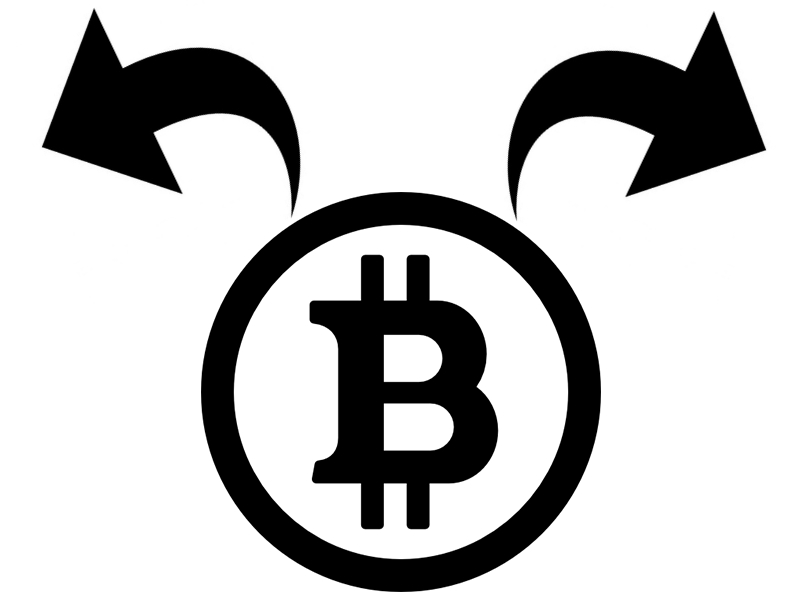 Bitcoin became extremely popular within last several years. Its price hiked a lot and the level of stability and trust became unprecedented. But on August 1st, 2017 the Bitcoin ecosystem will be be divided into two parts: Bitcoin (BTC) and Bitcoin Cash (BCC). What are consequences of the new fork and how are different cryptocurrency exchanges going to treat the new crypto? You can find answers below.

As you can see, we will get two versions of the Bitcoin blockchain and two cryptocurrencies after the aforementioned date. Something similar already happened to Ethereum, and the new fork was not so popular. The same is true to Bitcoin, since the new software change is accepted only by the minority of users. But what is the reason of the split?

Blockchain is a relatively new technology that yet has a room for improvement. therefore, various users have their bright ideas that are worth to be implemented. Some of these ideas are really important and are supported by others, while some of them are absolutely unworthy. Chances are, some potential improvements that seemed to be important and useful at the beginning of their implementation become unnecessary and unaccepted by the community after a period of time. So, what about Bitcoin Cash?

Even now it is obvious that Bitcoin Cash will be a minority chain. Consequently, the vast majority of the community will remain on the original blockchain version. It is hard to predict the future of Bitcoin Cash, but we know for sure that it won’t be as popular as BTC. Furthermore, different cryptocurrency exchanges have different vision of the problem that provides direct influence on the Bitcoin Cash support they offer.

Thus, Coinbase is not going to work with Bitcoin Cash. The platform supports only the most reliable cryptocurrency fork so you have to withdraw bitcoin stored on Coinbase before 11.59 pm PT July 31, 2017 to proceed working with BCC. If you don’t need the new blockchain, simply do nothing. The company is going to temporarily suspend Bitcoin buy/sells, deposits, and withdrawals on August 1, 2017 due to safety reasons. The fork is likely to cause disruption to the Bitcoin network, so Coinbase will prevent lots of problems by suspending certain services. But don’t be afraid since these measures are planned for a short period of time only. You will get access to your BTC as soon as possible.

As for Kraken, it plans to support Bitcoin Cash for funding and trading in the following pairs: BCH/XBT, BCH/USD, and BCH/EUR. And if you hold a Bitcoin (XBT) balance, the exchange will credit you with an equal amount of Bitcoin Cash. Thus, for 1 XBT you will get 1 XBT + 1 BCH. And if you are borrowing Bitcoin for margin positions, you will have to pay back both Bitcoin and Bitcoin Cash.

For further information on the Bitcoin Cash support, check blog posts and tweets by appropriate cryptocurrency exchanges. Note that the blockchain technology is on its early stages of development, so such things as forks and new currencies will occur in the future. Here at Firebear we don’t want to make any predictions on the Bitcoin Cash, but we think it is a great example of how the community pushes the technology forward. Even if BCC is totally thriveless, its appearance illustrates the possibilities of the blockchain and the power of the community. Of course, this can turn into a completely chaotic mess when everyone wants his or her own fork, but we believe that the humanity went much further in its civilizational development and the new technology will be leveraged in the most efficient way.