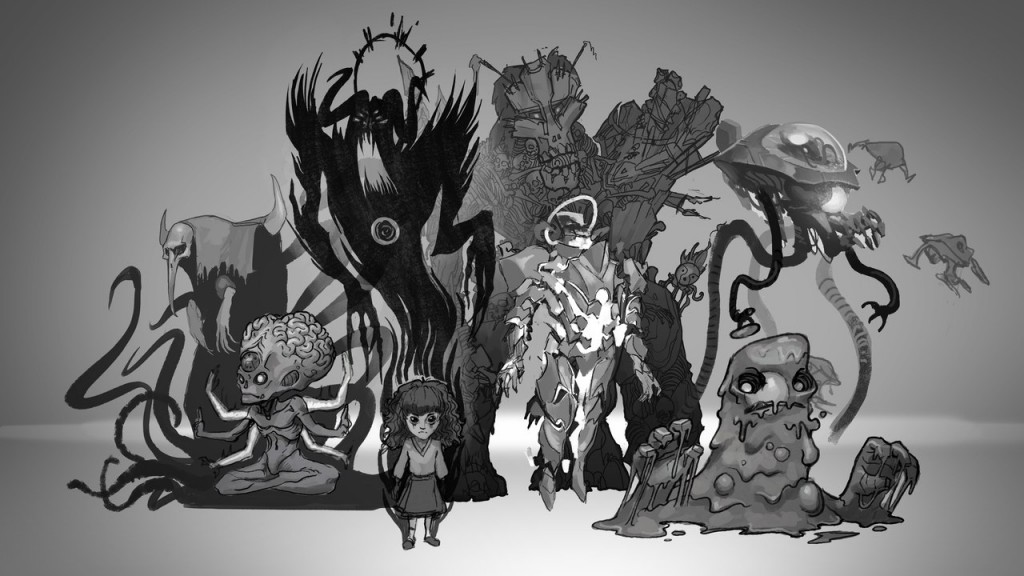 Besides Magento members of the Firebear team are fond of underground music and independent video games, and since our friends are hardly working on their debut roguelike RPG, we can not miss such an interesting project, therefore meet !

The world of UnDungeon might be like our own world, but a dramatic event called The Shift occurred disfiguring the realm and changing it beyond recognition. The planet not only became absolutely insecure, but turned into a place where human beings are living under a threat of extinction.

Nobody knows the reasons of the cataclysm, but its consequences have ruined scientific dogmas which covered the Universe and described the position of human beings in it. A tiny mistake (or a carefully planned coup) in the Multiversal order led to a great disaster melting seven dimensions into an indivisible chaotic glitch that is constantly changing its shapes. 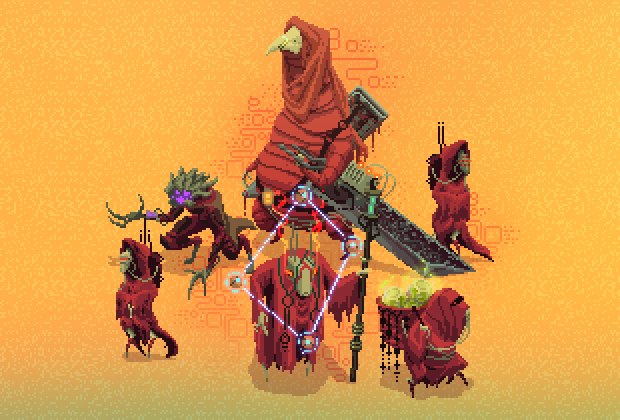 The melted worlds are derivatives of the Earth, but each one illustrates how the planet looks after centuries under absolutely different conditions: invaded by aliens, after a nuclear war, with alternative evolution, or unique physical laws. And it’s quite natural that inhabitants of the new world cannot coexist in peace and harmony. But all this chaos bring forth 7 Heralds – representatives of each alternative dimension, who should change the current order. You are one of them. 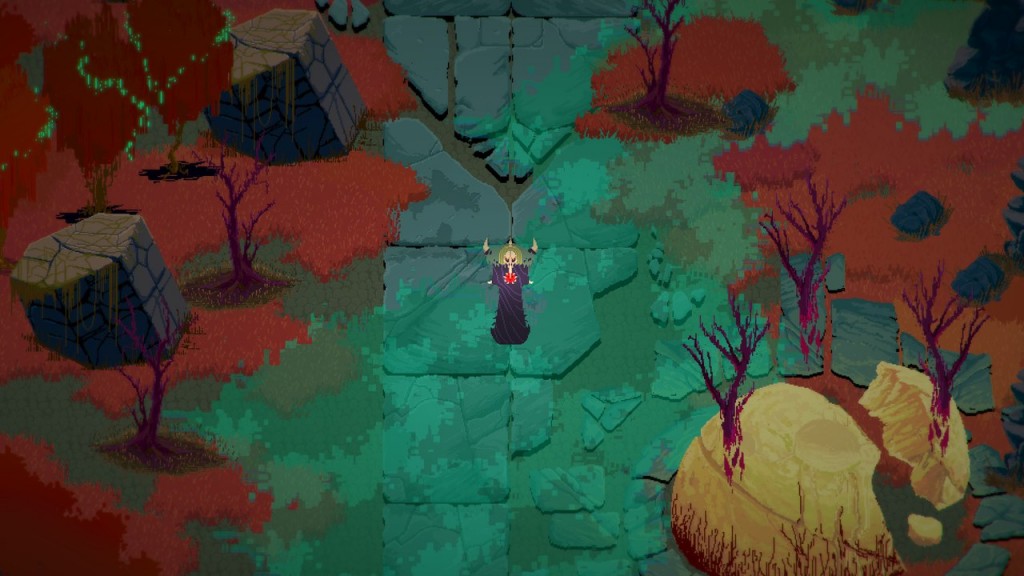 There are fast-paced combats, a detailed surrounding environment, intriguing quests and encounters based on the best practices or old school RPGs and laws of roguelike games in UnDungeon. You choose a character among 7 Heralds and start a journey into the hostile world. Each Herald has individual abilities, exclusive appearance, and unique playstyle. There are analogs of AoE snipers, assassins, puppet-masters, and other common character classes modified according to the aesthetics of UnDungeon. Their development is influenced by Risk of Rain and The Binding of Isaac, therefore it’s based on the exploration of the world, which is full of different abnormal items and artifacts, which change the way each character looks, behaves, and feels. 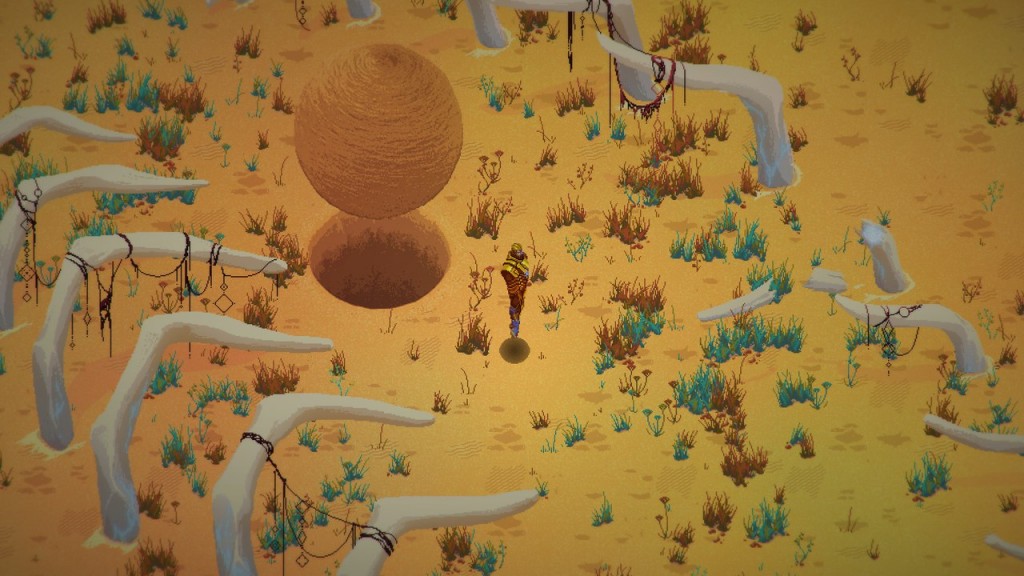 Three major things you would be involved into while playing UnDungeon are exploration of the extensive world, communication with its inhabitants, and of course battles with dangerous enemies. The dynamic combat system of the game combines the best experience borrowed from old school games with a modern approach to such vital aspects as design and mechanics. Besides, every battle is unique, because all characters change the way they fight enemies with the appearance of new skills, artifacts, and sigils. Nuclear Throne and Hyper Light Drifter are among top influences on the battle system of UnDungeon. 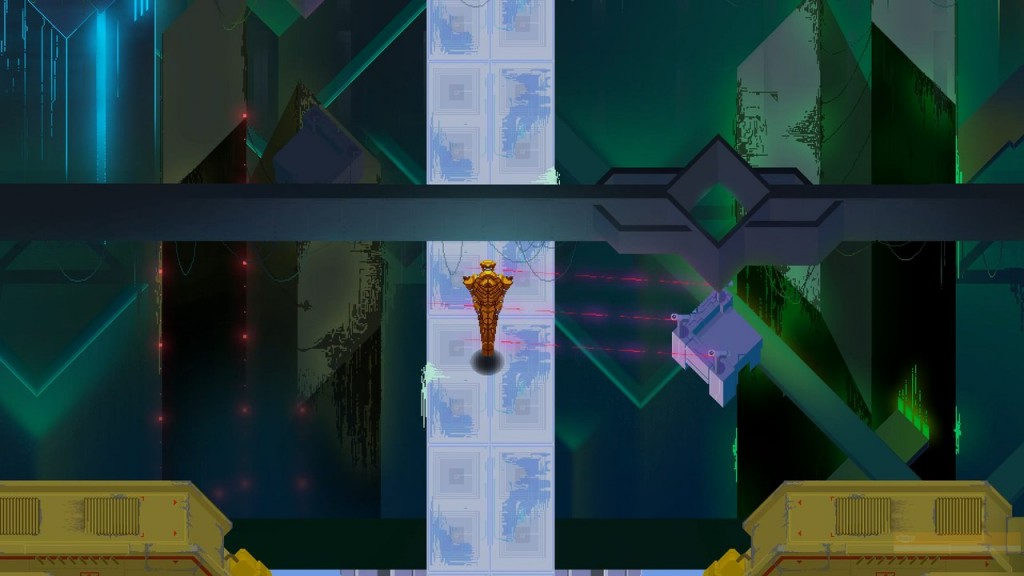 As for the exploration of the game, you can spend a lot of time discovering something new in UnDungeon. Even the smallest details have their unique story. You will be surprised but even mutated plants have their own history, not to mention bosses and local pantheons. And all new discoveries fill your in-game wiki, so you can use this information for further success. The exploration is not mandatory, but there is always a choice to become a rude destroyer or an intelligent negotiator. You are free to choose how to communicate with NPCs, solve quests, and build conversations.

All content in Undungeon is generated randomly. The game enhances the traditional approach to procedural content generation by introducing new quests, encounters, and stories additionally to completely rebuild locations, every time the gameplay begins.

As for the world itself, it includes a very wide spectrum of inhabitants, such as demons, aliens, mutants, etc. Besides, all locations are full of the smallest details inspired by such immortal icons as Fallout, Arcanum, and Pathologic.

It is also necessary to mention amazing soundtracks by stonefromthesky – an underground experimental musician from Ukraine. You can check available songs on .

If you are wondering why UnDungeon is not on Kickstarter, there is only one explanation: preparations are in full swing. The Laughing Machines team has a lot of materials to share with you, such as screenshots, captured during battles: 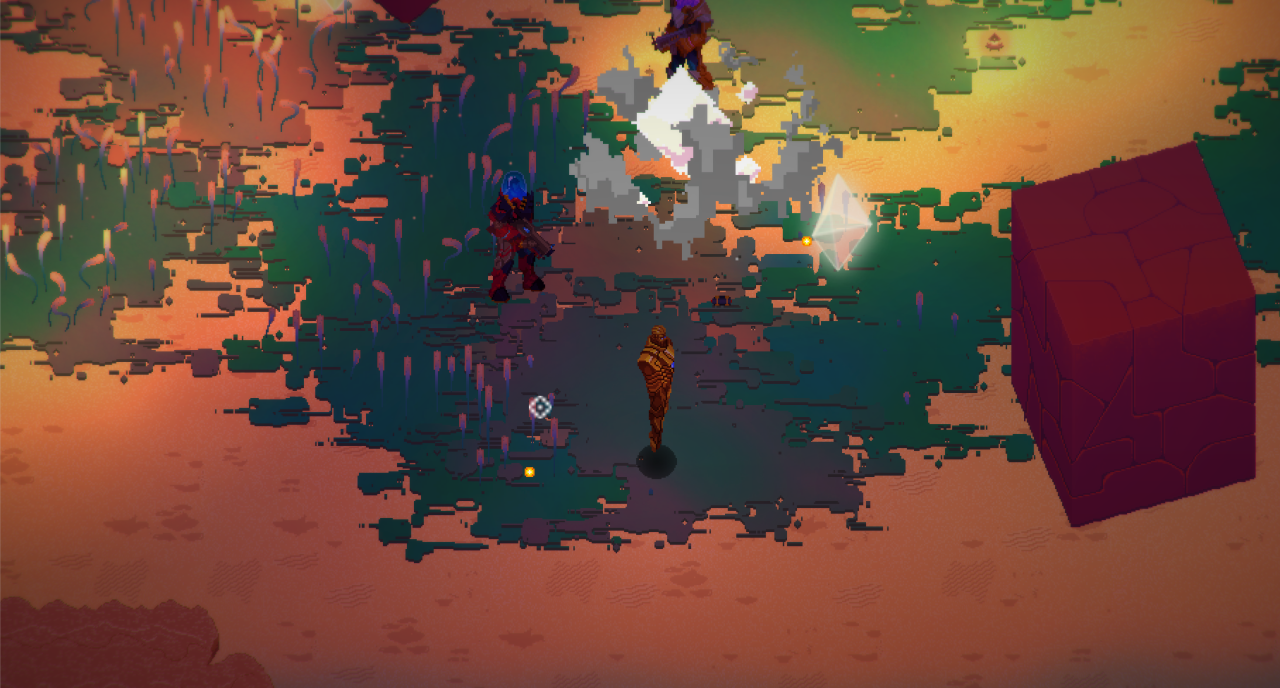 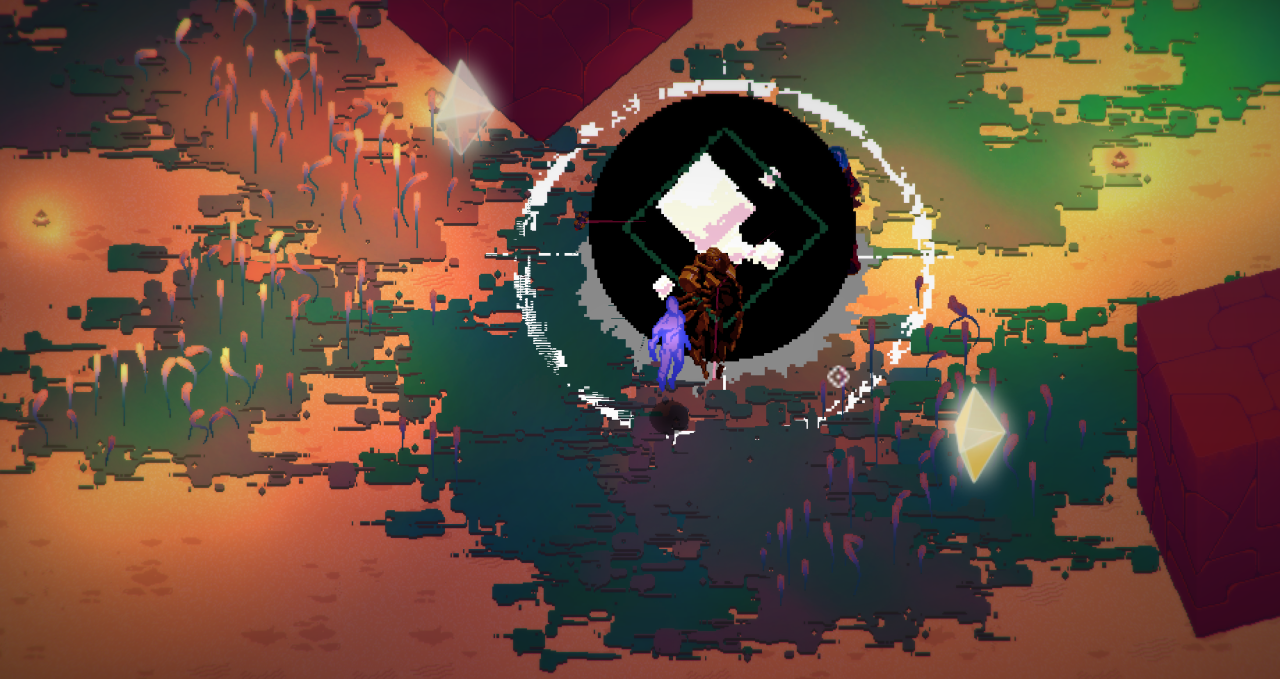 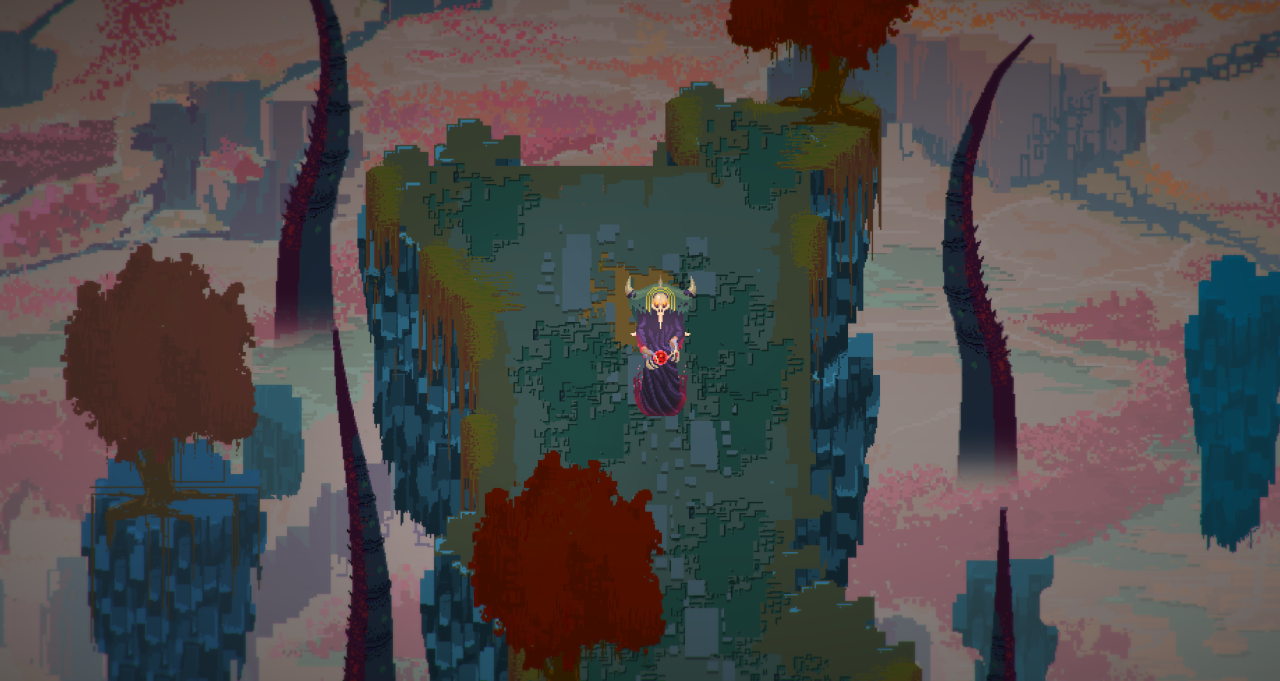 To make the UnDungeon combat system more dynamic and variable, the team strives to provide playable characters with more opportunities. As an example, guys are sharing a dash of Marduk. The character is able to cross a short distance at lightning speed. But there is a compensation for the additional ability – Marduk becomes more vulnerable during this move.

It is also necessary to illustrate, how the aforementioned character changes under the influence of artefacts and abnormal items. Yes, this update is almost entirely dedicated to Marduk, who gets quite a nice bijouterie:

Another content, posted by Laughing Machines , is related to opponents and NPCs. Just look at this jumping creature:

And how about the melting guy?

The same is about the shaman.

And there is also a final bonus: moving herbs. Now, the wasteland is alive. Even Marduk seems to be charmed!